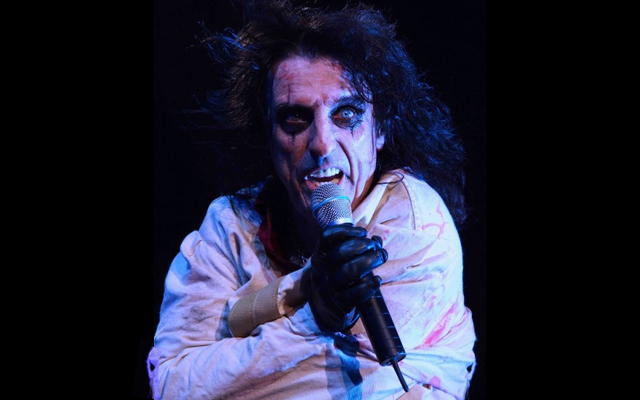 Cooper was born in Detroit Michigan, and moved to Phoenix with his family. The Alice Cooper band formed while they were all in high school in Phoenix, and was discovered in 1969 by Frank Zappa in Los Angeles, where he signed them to his record label. Their collaboration with young record producer Bob Ezrin led to the break-through third album “Love It to Death” which hit the charts in 1971, followed by “Killer,” “School’s Out,” ”Billion Dollar Babies,” and “Muscle of Love.”