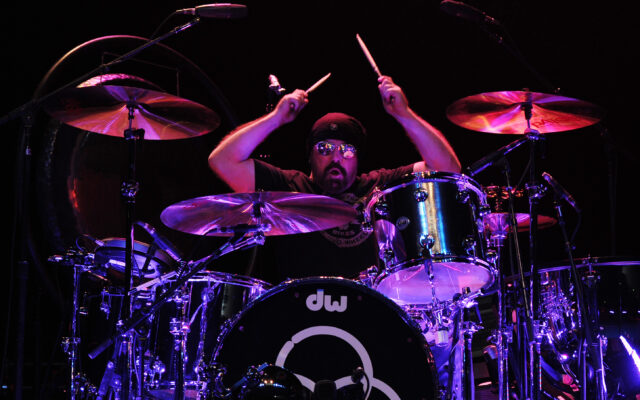 Jason Bonham of Jason Bonham's Led Zeppelin Experience performs at the Seminole Hard Rock Hotel and Casinos' Hard Rock Live on May 4, 2014 in Hollywood, Florida.(Photo by Jeff Daly/Invision/AP)
Jason Bonham’s Led Zeppelin Evening is doing a 16-date North American fall tour. Bonham’s band will hit the road again on October 8th and tour through December 11th. Bonham launched the band, which was originally known and Jason Bonham’s Led Zeppelin Experience, over a decade ago. He says the band is currently prepared to tackle any piece of music Zeppelin ever recorded, explaining, “I don’t steer clear of anything.  We will try everything. There’s definitely some things from Physical Graffiti, like ‘Trampled Underfoot,’ or ‘Misty Mountain Hop,’ ‘In The Light’ is just recently added, which is a huge epic from Physical Graffiti. And I just always find that you’ve got to represent every album for it to really work.”