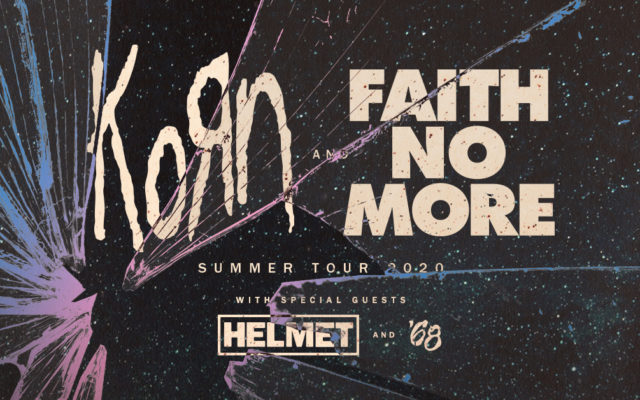 Korn and Faith No More, have teamed up to bring fans an epic tour for 2020.The bands will embark on a 26 city outing starting August 7 in Denver, CO. The tour will conclude September 17 at Hollywood Casino Amphitheater in St. Louis. The tour will appear locally August 30 at Jiffy Lube Live, Bristow, VA.

Both bands will be touring in support of new albums. Korn’s 13th LP was released in September. Breaking Benjamin recently released their new album in January. Aurora, is the band’s seventh LP.