Hagar and The Circle 2020 Tour 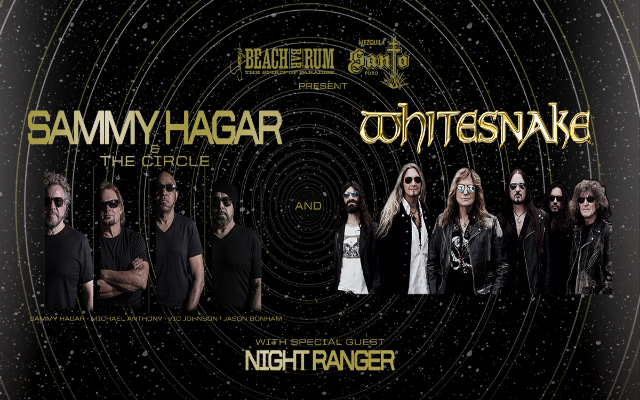 Sammy Hagar along with his band, The Circle, will embark on a north american tour this summer with special guests Whitesnake and Night Ranger.

The tour will be in part to promote their first studio album, “Space Between.” Hagar and The Circle released the album in 2019.

The tour will begin July 9 in West Palm Beach, FL and conclude September 20 in Shula Vista, CA. The tour will play locally Thursday, July 23 at 7pm in Bristow, at Jiffy Lube Live.

Hagar is known for his work with Van Halen and his solo work that includes the hit “I Can’t Drive 55.” During his time with Van Halen he also worked with Michael Anthony, who is part of The Circle with Jason Bonam, and Vic Johnson.

“I love some friendly competition onstage and that’s exactly what this is going to be,” Hagar said in a statement. “David [Coverdale] and I have nothing but the highest respect for one another, but we would also like to blow the other guy off the stage! Add in Night Ranger and the fans will have one hell of a night of music.”

Tickets for the tour will go on sale to the general public Friday, January 31 at 10am local time.