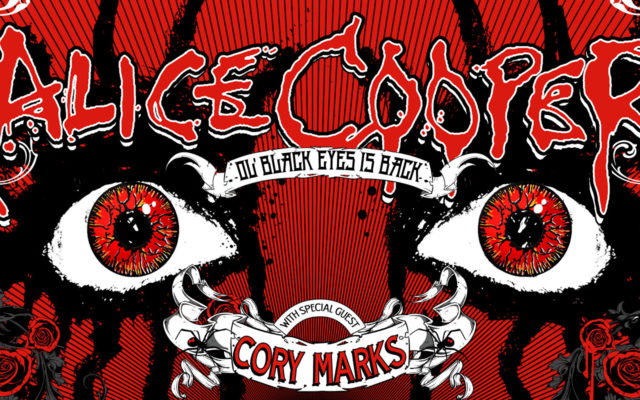 Alice Cooper has added dates to his current, “Ol’ Black Eyes is Back” tour. After spending time overseas last year, he has begun touring North America and added more dates to this leg of the tour. He will play locally July 13 at Altria Theater in Richmond. Cory Marks will serve as support.

Although Cooper’s last album, Paranormal, was released in 2017, he has stayed relevant through other music ventures. In September, he released an EP, Breadcrumbs. It included a brand new song, “Go Man Go” along with covers of songs by other Detroit natives like Suzi Quarto and Bob Seger. Additionally, Cooper has been working on new music with his supergroup, Hollywood Vampires. Their new album, Rise, is set to be released in June of this year.