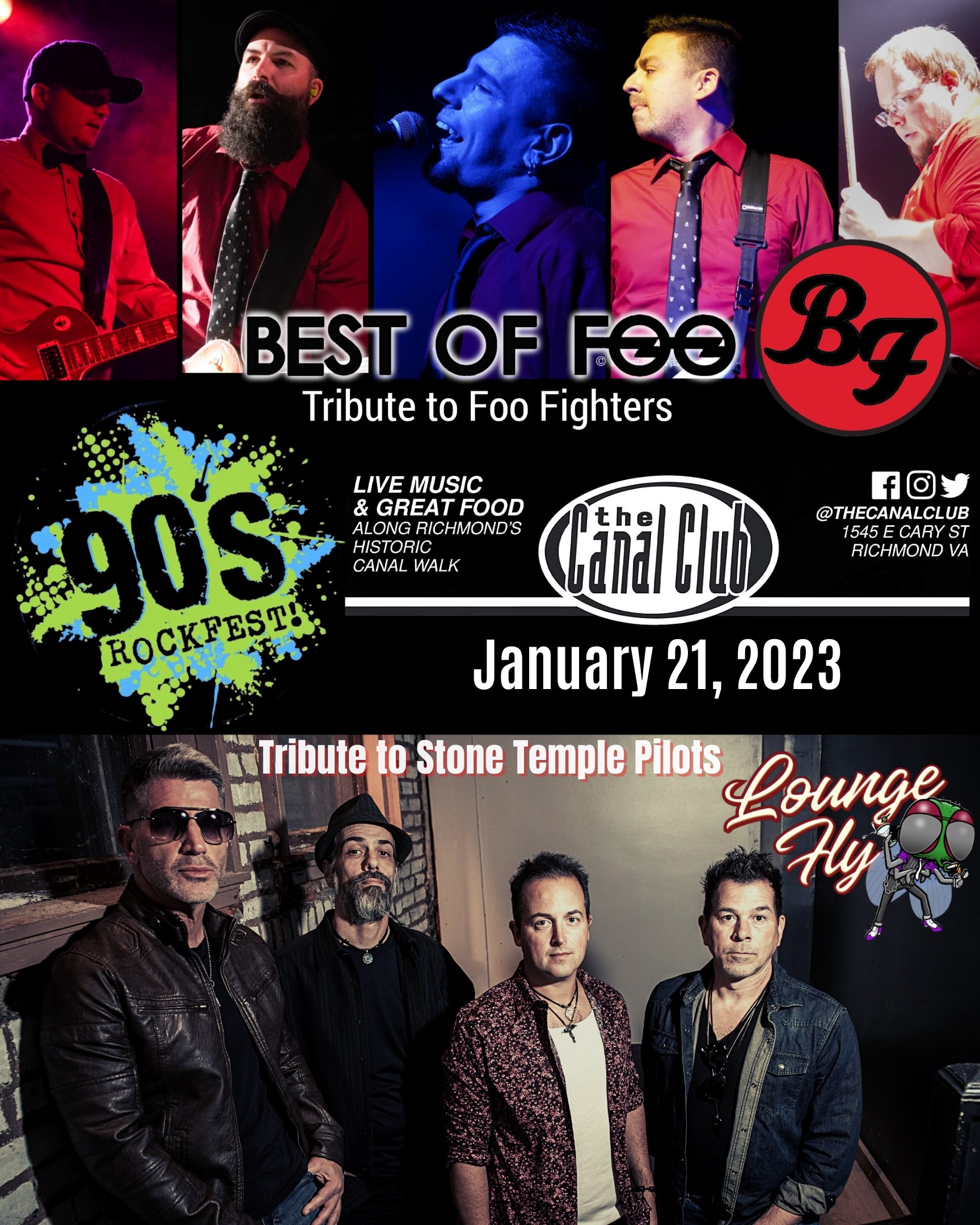 The 90’s featured some of the greatest music of the past 50 years, and ’90s Rockfest brings you right back to the moment when it all happened. Guitars and grittiness ruled the radio and MTV, and live shows were an energy-filled experience that you just had to be part of. ’90s Rockfest will transport you back to a time when rock reigned supreme and bands brought it live and loud on stage. Don’t miss the chance to be part of it all again!

Lounge Fly is the premier tribute to Stone Temple Pilots, and provides fans of STP with an authentic musical and visual experience that transports them directly back to the 90’s. Lounge Fly plays all of the hits and the deep cuts that made STP one of the greatest rock bands of the 90’s (and beyond). Whether you remember STP from MTV and the radio, or you’re a die-hard fan, Lounge Fly is a show you do not want to miss.

Best of Foo is the ultimate tribute to the Foo Fighters. The combination of a Dave Grohl soundalike, Phil Barbetta, and the band’s commitment to the material, sound and showmanship makes this band stand out as the best in class. This high energy show is filled with countless hits that captivates audiences to sing along in celebration of this Hall of Fame musical group.